Speeding is probably one of my worst habits and the thing I struggle with the most. It is like I never learn, but I hope this will do the trick... sniffles.

Last week, I was talking on the phone with Chief and without thinking I shouted at myself "Oh crap!" when I passed a cop. Well of course that got him asking questions and I confessed I was speeding. Not just a little either, 24 over. I knew I was in for a spanking, but I had no idea he had this in mind. This is not the first time I have gotten in trouble, I don't think I can count the number of times I have been spanked for this and Chief had enough.

I knew I was going to get spanked for it, but I was under the impression it would be an otk with his hand and 24 total swats with the bath brush (apparently he had “24 per cheek” in mind). That was the only spanking I was supposed to get that day, but that wasn't the case either.

The night before, I was pretty sassy before bed. He said we would handle it when we woke up. I'd forgotten about it by morning, but soon remembered when straight out of the shower, I went for a very long wet bottom spanking with his hand and small paddle. So come time for this one, I was already very sore.

He called me over and I knew what was coming... or I thought I knew that is. After a little complaining, he made me not only get the bath brush, but also the dreaded spoon I hate as well. The otk wasn't too long but I was already sore from the spanking earlier. Then it was time for the bath brush... I HATE the bath brush. I think Wal-Mart should be sued just for being able to sell it. It was the worst 4 dollars I have ever spent, even though I am sure Chief would tell you it is the best.

After what seemed like forever, it was over and as I am crying on the bed, he proceeds to tell me that he recorded the audio for the blog! I was sooooooo shocked and I begged for quite a while for it to not be put up, but I lost.

So as much as I didn't enjoy the spanking, I hope that you will enjoy hearing Chief dishing out some justice for my lead foot. This is the first time we ever recorded it and it was not planned. The video can be found at http://www.spankingtube.com/video/16092/heavy-foot-heavy-paddling-audio-spanking-only-with-photos.

Speeding is an ongoing struggle for cas and one of my biggest concerns for her is always safety.  I have lost count on the number of times I have had to take cas in hand to deal with this issue and my patience has run out. After hearing she was going 24mph over, I decided to do something a little different. Unbeknownst to her, I recorded this spanking. I hope that this will add to the punishment and maybe finally sink into her stubborn skull that the speeding needs to stop. If this doesn’t work than more drastic matters will have to be put in place, so hopefully this will steer her in the right direction, and this is once where I hope she speeds to get there. 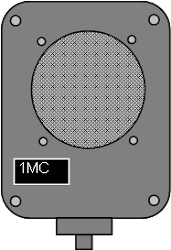